Described by the Daily Telegraph as “one of the most talked-about new spirits”, Black Cow is the world’s first pure milk vodka, made entirely from the milk of grass-grazed cows in rural England. This unique method creates a vodka that is exceptionally smooth, with a unique creamy character. Black Cow has won numerous awards including a Silver Medal at the San Francisco World Spirits Championships 2013.

The archetypal small batch gin, produced by friends Tom Warner and Sion Edwards in a converted barn in rural England, Warner Edwards has gone on to win Double Gold at the San Francisco World Spirits Competition 2014. The fantastically smooth and aromatic dry gin is made using their farm’s pure, natural spring water and other home-grown ingredients including their own elderflower. Each batch is small, and every single bottle is carefully handcrafted by Tom and Sion, who lovingly create beautiful artisan spirits.

Scoring exceptionally highly in our British Bottle Company gin tasting, Langton’s No 1 is a hand-crafted gin produced in the world famous Lake District of England. Using water that has been sourced from under England’s fourth highest mountain, Skiddaw, the gin is four times distilled and eleven botanicals are added, as well as unique ingredients including bark from 100 year old oak trees in the Lake District. The result is an outstanding triple award-winning gin that we are proud to distribute.

This stunning, super-premium gin was conceived in the heart of West Sussex in the hamlet of Chilgrove. Produced in small batches it is the first ever English gin to use grapes for its base distillation which means it is incredibly smooth when compared to traditional cereal based gins. To this fine spirit Master Distiller Charles Maxwell combines 11 fine botanicals, with juniper at the heart, to create a seriously big, powerful, complex and impressive gin.

With impeccable heritage as an independent brewer, Adnams is also the first brewery in England to produce premium spirits, ‘from grain to glass’. Adnams spirits are produced in small batches in the Copper House Still on the site of the original Adnams brewery, with all the grain used grown and malted locally in East Anglia. The Distillery Wash which forms the base for all the Adnams spirits starts as an unhopped 7% abv beer, which uses Adnams’ 70 year old yeast strain. The Adnams Copper House Gin was awarded the Best Gin in the World trophy at the IWSC 2013, with their Longshore Three Grain Vodka picking up the same trophy for Best Vodka in 2014.

Pinkster is a uniquely high quality flavoured gin, which has developed a fantastic following since its launch in 2013. The process involves hand-steeping locally grown, fresh raspberries in their triple-distilled spirit and the result is deliciously dry, with the hint of raspberry and the smoothest of flavours. A silver-medalist at the IWSC 2014, Pinkster can be served with ice, tonic or in cocktails as a perfect summer alternative.

Hawthorn delivers a contemporary twist on a classic London Dry Gin. Distilled in single batches in a vintage copper pot still, the gin contains a blend of ten botanicals sourced from the four corners of the globe where the founder’s seafaring grandfather laid anchor. An IWSC Silver medal winner in 2014, Hawthorn’s gin delivers probably the best $ per ml on the market today. 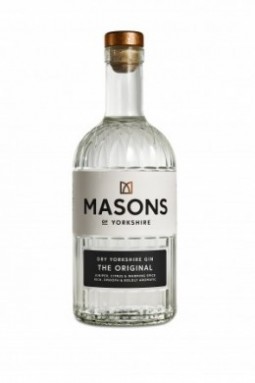 This Leicestershire gin was born in June 2014 and takes inspiration from its surroundings, especially nearby Burleigh Wood. From their base at Bawdon Lodge Farm, the 45 West Distillery team draw on a unique mix of local botanical inspiration, including silver birch, dandelion, burdock and elderberry.

Boxer delivers a classic London Dry Gin style with unprecedented vibrancy and complexity. Uniquely, Boxer is produced by separately steaming fresh, wild juniper berries to extract their essential oil. The gin is cut using pure Sussex spring water, which opens up the flavours to a strength of 45% ABV. The Boxer difference is most apparent on the nose and on the finish, which are deeper, richer and longer than usual.

This ambitious, visionary producer is on a mission to shake up the Scotch whisky map with a pair of bold ventures. Not content with setting up the first legal distillery on the Hebridean isle of Raasay, R&B is also resurrecting the neglected whisky-making tradition of the Scottish Borders. For whisky lovers this is a chance to share in an intriguing new chapter in the story of Scotch.